Chelsea buns are a British tradition dating back to at least the 1700s. They’re commonly filled with brown sugar, butter, currants or raisins, cinnamon, and lemon zest, and sometimes drizzled with sugar icing or glazed with diluted apricot or orange jam. The end product is delicious, sticky, and very aromatic.

Recipes for Chelsea buns abound, including ones by recent contestants on the Great British Bake Off, but in my traipsing around the internet, the recipe that most intrigued me was on the blog Cardamom and Tea because it included an unexpected ingredient: sage. Sage is often described as having eucalyptus and citrus notes, and the blogger, Kathryn Pauline, talks about how in Middle Eastern and North African cuisine, ingredients such as sage are often treated as neutral, and context is what makes them sweet or savory.

Sage in a new context sounded like something I especially wanted to try for the holiday season when I crave treats with dried fruit and deep flavors. I modified the recipe that inspired me over the course of a few test runs. Foremost, I wanted to use whole grain rouge de bordeaux flour and sourdough leavening rather than white flour and yeast; and after eating the first batch, I decided to use more cinnamon and sage and to double the raisins. I also experimented with soaking the raisins in bourbon. I found this added a smoky woody note to the filling and enhanced the flavor of the sage. 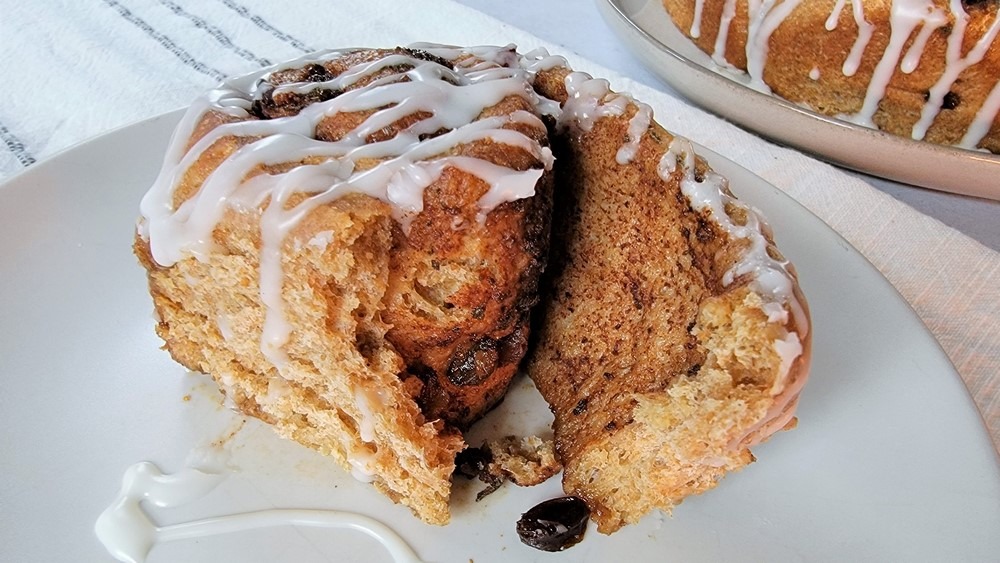 I think the end product is unique and irresistible. Every time I ate one of these buns, I struggled to not immediately eat another. These buns are certainly sweet rather than savory, but the sage gives them an herbal dimension that pairs wonderfully with the mildly tart whole grain sourdough, the cinnamon, and the slightly boozy raisins.

One of my goals with this recipe was to keep the process short (in sourdough terms) by experimenting with an enormous levain aka starter build and by keeping the entire process warm. The sweet low-hydration levain in this recipe weighs 325g, which is the same weight as the flour in the final dough. The levain took 6 hours to ripen/double; the dough took 4 hours to double; and the proofing buns needed another 4 hours to expand and get puffy and be ready to bake. I used my oven with the light on to kept the entire process at 80-85F.

The large levain ended up working well for flavor and timing. The dough was strong; the buns weren’t overly sour; and everything could be done in a day. I let the buns cool overnight uncovered, and then wrapped them tightly in the morning. They reheat perfectly when you’re ready to glaze and serve. 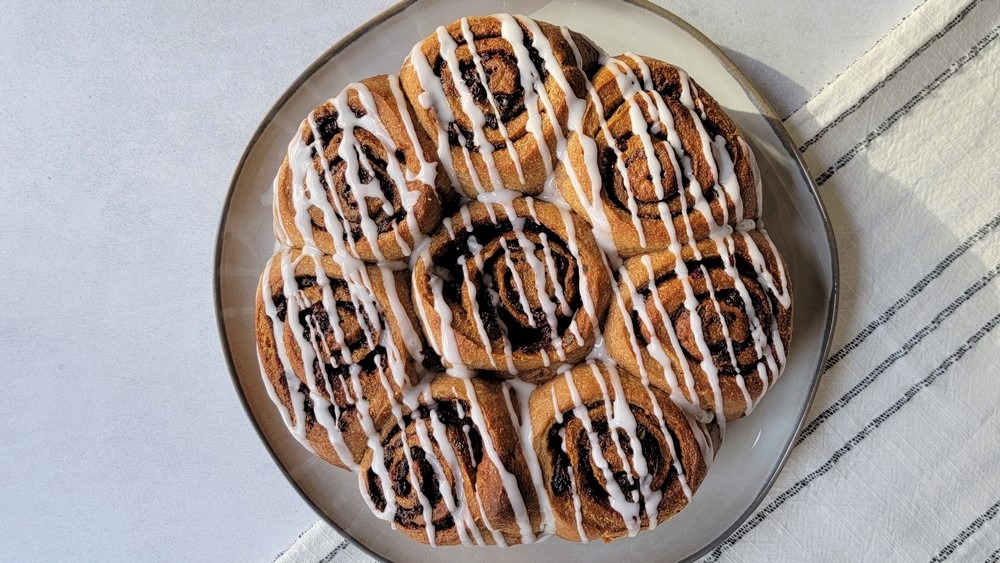 Make sure you check out the Photo Gallery after the recipe to see the dough at various stages and how to assemble the buns. 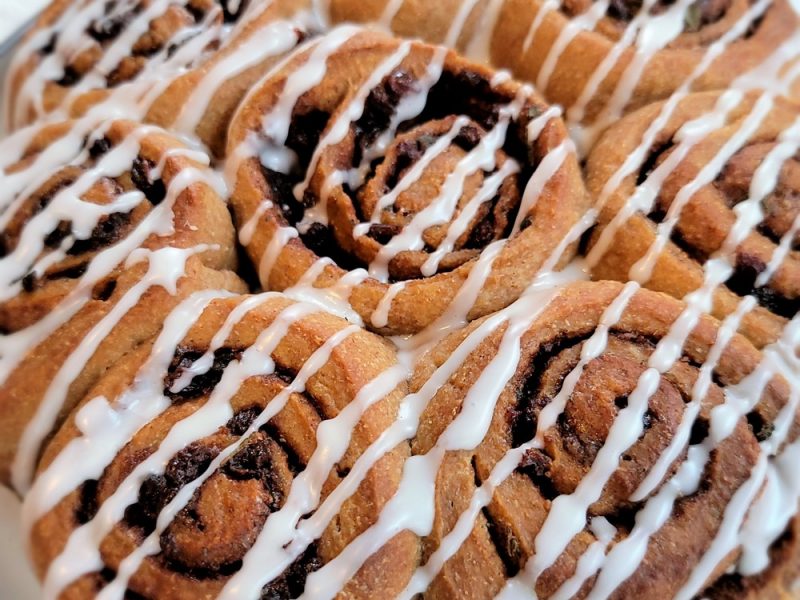 Sage, cinnamon, and bourbon-soaked raisins make these Chelsea buns so delicious and perfect for winter breakfast or tea time. And the whole grain flour and sourdough leavening of the dough add a depth of flavor and a slight tartness that pair wonderfully with the filling. 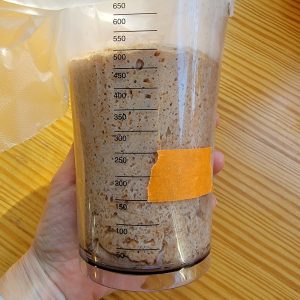 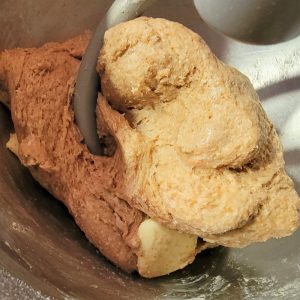 Final stage of mixing: adding the butter in chunks 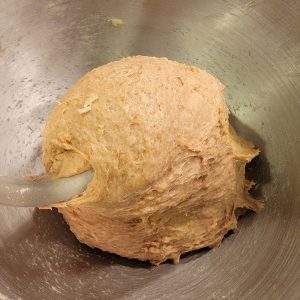 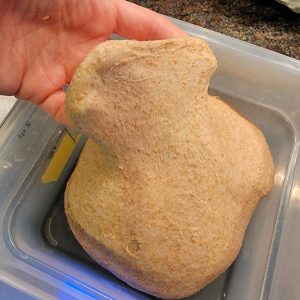 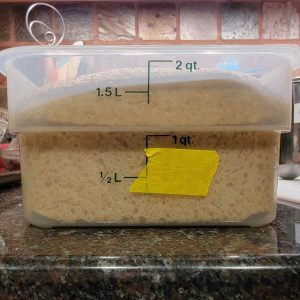 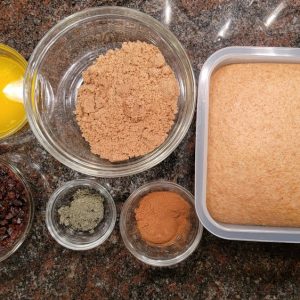 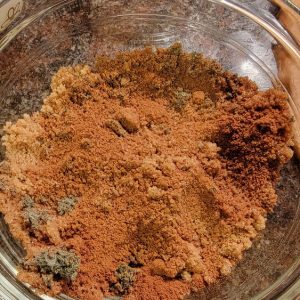 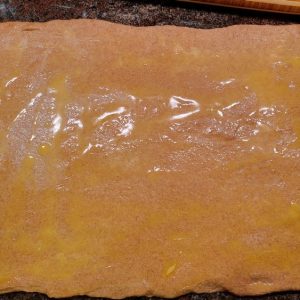 Press out and roll the dough on an greased countertop, brush on the butter 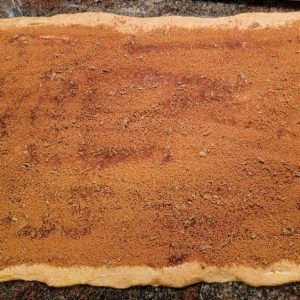 Sprinkle on the dry mix 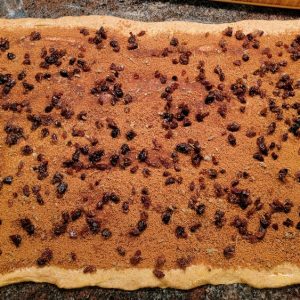 Spread on the raisins 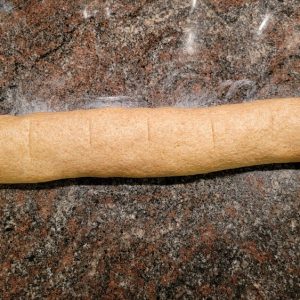 Roll and mark for 8 buns 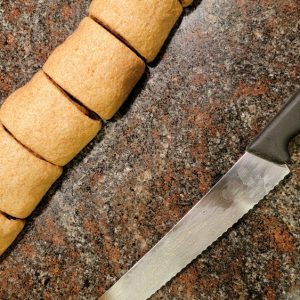 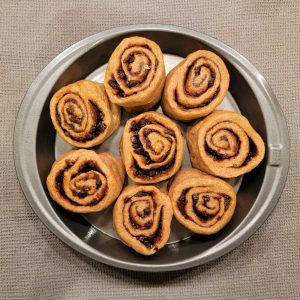 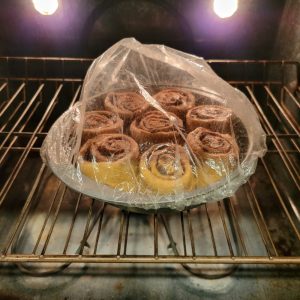 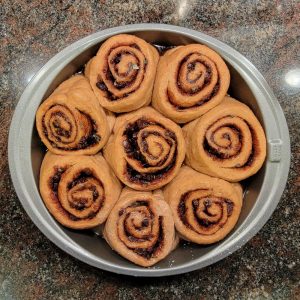 Ready to bake, after 4 hours proofing 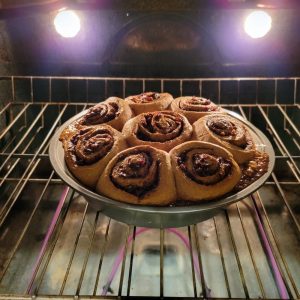 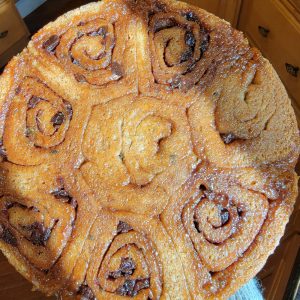 Remove from the pan before serving 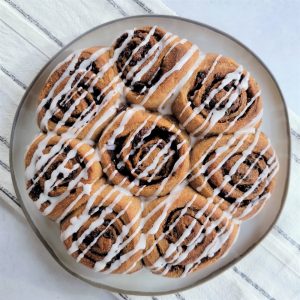