Emmer wheat is an ancient grain that’s high in protein and absolutely delicious, but it’s not often used for bread because of its lower gluten strength. However, emmer was actually the dominant wheat throughout the Near and Far East, Europe, and Northern Africa from about 10,000-4,000 BC, according to this research paper. A few years ago, I wrote a recipe for 100% whole grain emmer sourdough bread. It was delicious and also fairly dense, partly because of the low hydration. This time, I wanted to try a much higher hydration dough that was half white bread flour and half fresh-milled whole grain emmer flour. Another emmer recipe you may want to check out is this 30% emmer sourdough cinnamon raisin swirl bread. 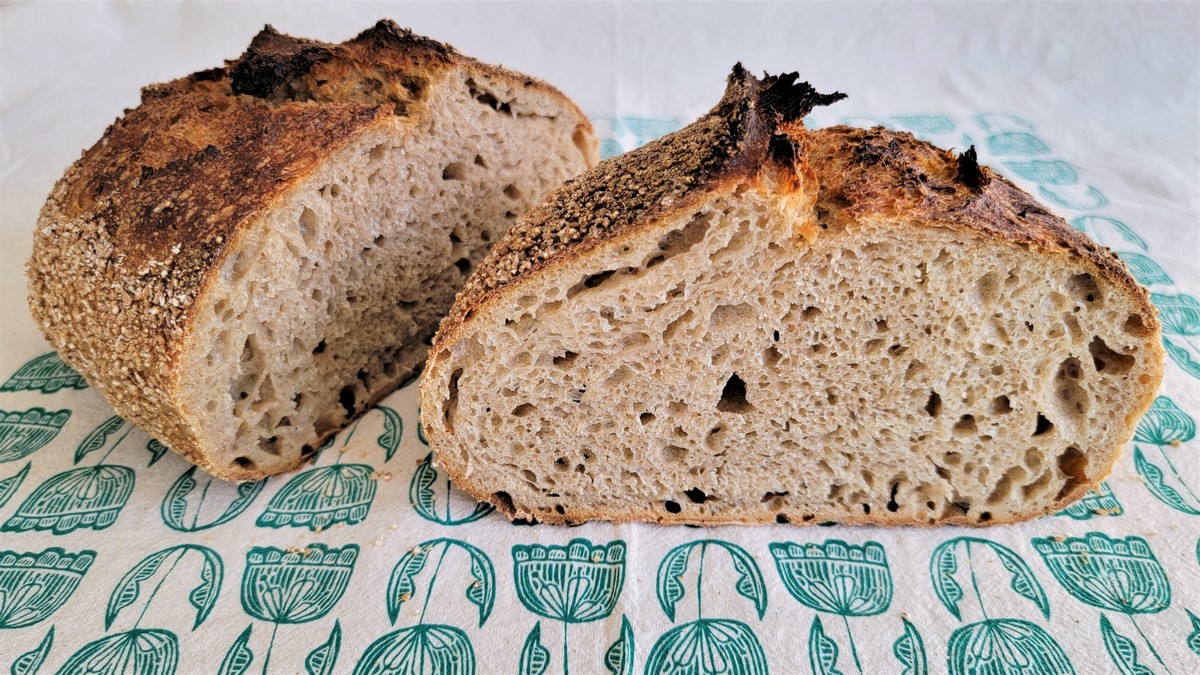 I decorated the crust of this emmer sourdough bread with emmer flakes that I made with my Mockbake Flaker, but this coating is optional of course. Likewise, the process I outline below is fairly simple, with no autolyse and only three rounds of stretching and folding, but feel free to add more or less complexity if you want e.g., do an autolyse or skip all the stretching and folding. 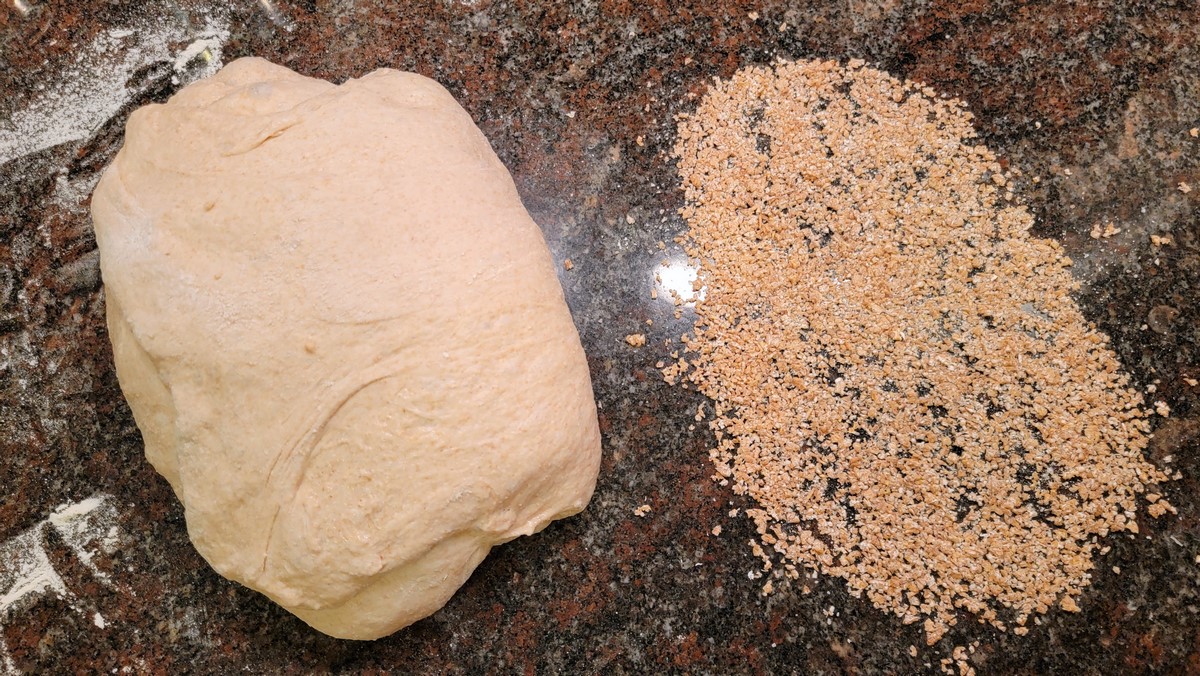 Preparing to press the dough into the emmer flakes

Emmer wheat is actually farro or, to be precise, farro medio in Italian. Farro grande is spelt and farro piccolo is einkorn. Imported Italian farro has long been translated as “spelt,” but the actual grain you’re buying is Triticum dicoccum or emmer, not Triticum spelta or spelt. This common mistranslation goes back to ancient Rome and Biblical times.

Farro is usually sold “pearled” for cooking whole as a grain dish or an addition in soups and salads. Pearled grains have no husk or bran for faster cooking and softer flavor, but this also means they have less fiber and nutrients.

I was pretty excited to make a “farro pilaf” as well as bread with my new bag of emmer wheat berries. Since working on this Pastiera Napoletana recipe, I’ve been exploring cooked wheat berries, and this latest dish blew me away me with its tastiness. I also found the texture to be perfect in its un-pearled state. 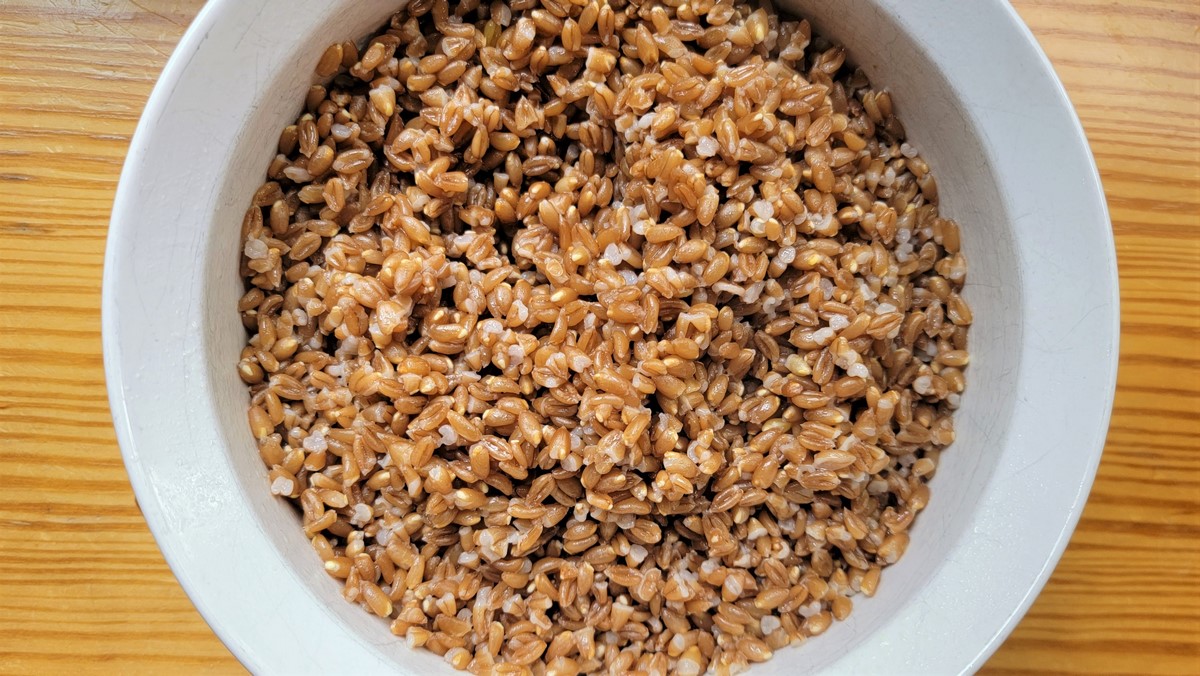 I cooked the emmer in an electric pressure cooker (similar to an Instant Pot), 15 minutes on the “pressure” setting, followed by a slow release. For about 6 servings, I used two cups (330g) emmer berries with 2 liters of water. After it was cooked, I strained out the extra water, spritzed the grains with olive oil, and added a couple of pinches of salt. 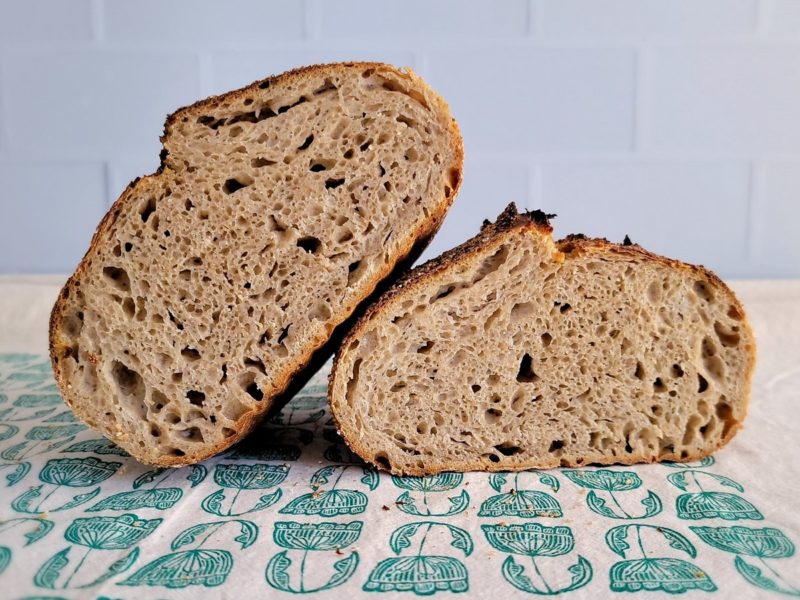 Emmer wheat aka farro is so tasty and also high in protein. Paired with bread flour and plenty of water, the dough is manageable and yields a lovely crumb. You can try a textured crust by rolling the shaped dough in flaked emmer or leave the crust smooth.