This black rye bread recipe is a variation on the juoda rugine duona (black rye bread) developed by Stanley Ginsberg of The Rye Baker from a recipe he in turn found on a Lithuanian blog. The bread is soft, chewy, and dense. It has a deep red-brown color and flavor notes of sweet citrus and licorice. Based on a reader comment on Ginsberg’s blog post, I suspect this bread may be a močiutės duona or grandma’s bread, which is predominant in the Žemaitija/Samogitia region of Lithuania, but I don’t know for sure. I substituted a key ingredient in the recipe, so we might call this Lithuanian-inspired black rye bread anyway. Or we can just call it delicious black rye bread. Enjoy it plain, with butter or cheese, alongside Lithuanian burokėlių sriuba (beetroot soup) or sauerkraut soup and with dishes from other countries as well.

Ever since I did a spelt scald experiment and learned more about mashing grains, I’ve been wanting to make a Baltic-style dark rye bread with a scald and multi-stage leavening. My only hesitation was that these recipes often use red rye malt, also known as solod in Russian. Solod is hard to come by in the U.S. and seems to be only available on eBay from vendors that are shipping from Russia or Ukraine.

Breadtopia guest blogger Corvus Corux showed me an article from the Beets and Bones blog explaining how to make solod from scratch. And while the homemade route is intriguing, it seemed a little too complicated and time-consuming for me with its two-stage, multi-day lacto-fermentation of sprouted rye berries. As much as I want to try solod at some point, for now I’ve worked out what I think is a good substitute, though admittedly I haven’t tasted solod, so I’m working off color and flavor clues. The scald and final bread are reddish brown, and the bread has flavor notes of licorice and citrus, as described in The Rye Baker blog. 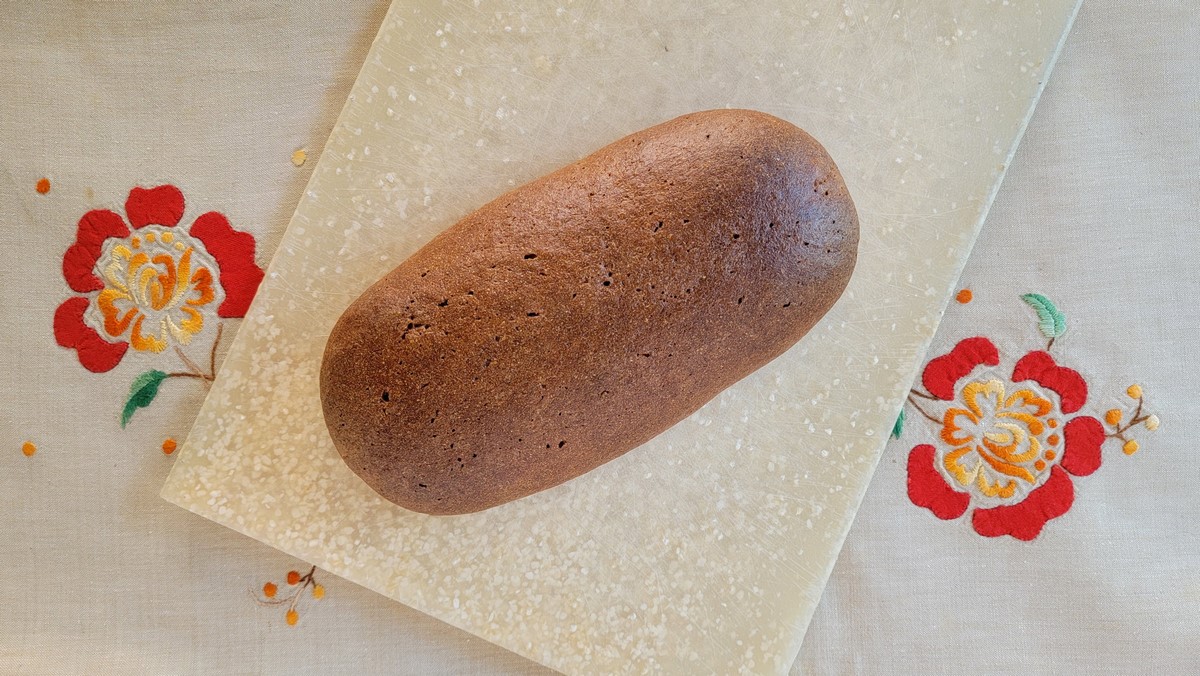 According to The Rye Baker, an extra-hot 800°F initial bake may be needed for the traditional very dark crust color.

My solution to not having solod, is to use sprouted rye flour that I have briefly toasted in a pan, bringing it up to 176°F, the hottest temperature during the drying process when making solod. While my sprouted rye flour isn’t fermented until later, you can see that the berries are already reddish compared with regular rye berries even before toasting. 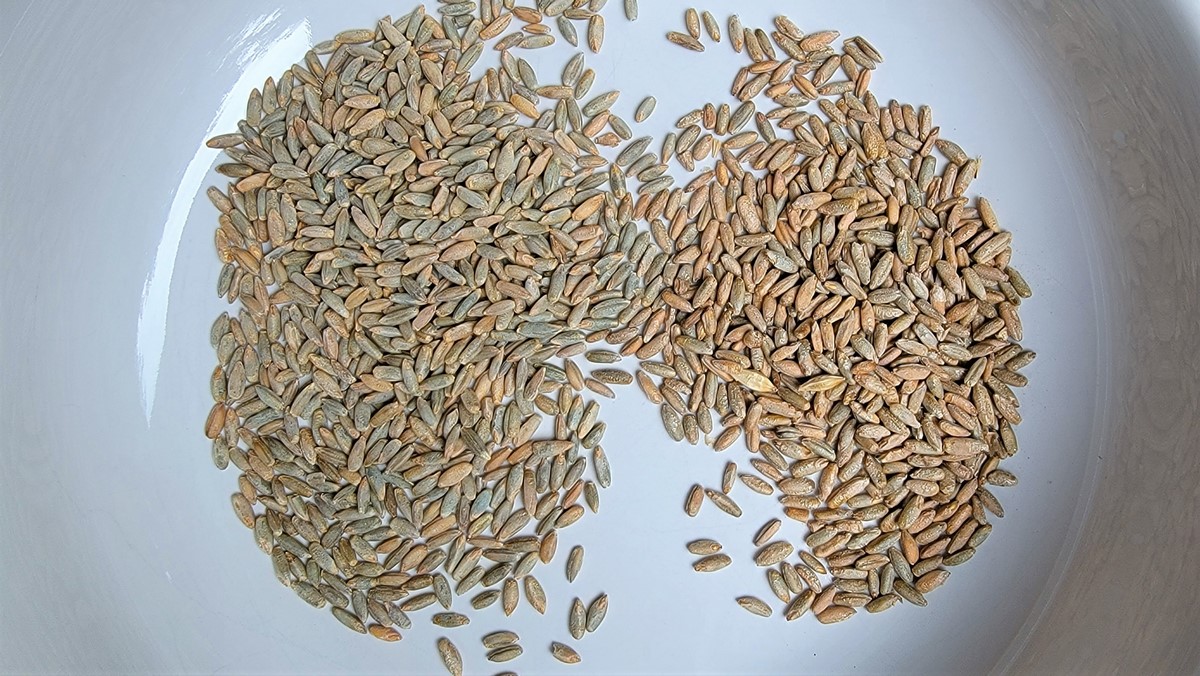 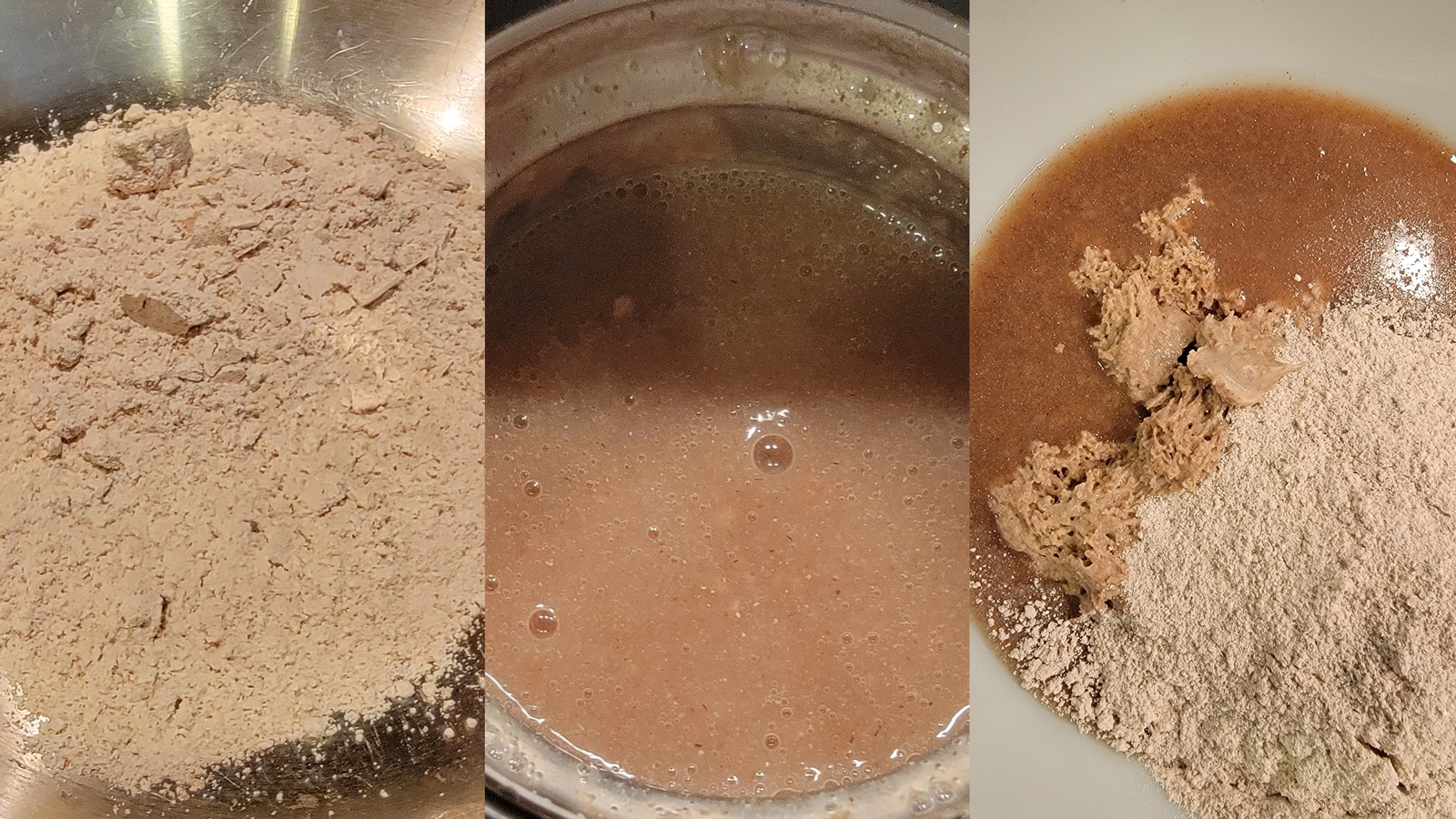 This recipe takes about 24 hours from start to finish and has four stages of baker activity: prep the levain and the scald, mix up the opara (levain + scald + rye flour), mix the final dough and shape it. The fourth stage of activity is the actual baking of the bread just a few hours after creating the final dough.

I included a small amount of bread flour in this dough like in Stanley Ginsberg’s recipe (10% of the total flour) but you can use all rye flour or a different wheat flour in place of the bread flour if you prefer.

Instead of using my method of toasting sprouted rye flour for the scald, you can buy solod, or make it yourself, or sprout and dehydrate rye grains yourself but skip the fermentation step, or use crystal rye malt (sprouted rye) from a beer brewing supply shop.

Finally, this bread can be made with additions such as dried fruit, nuts, or seeds (add when mixing the final dough); and spices can be added to the scald. Feel free to play around with flavors, though I find the bread quite complex and tasty without any additional ingredients. 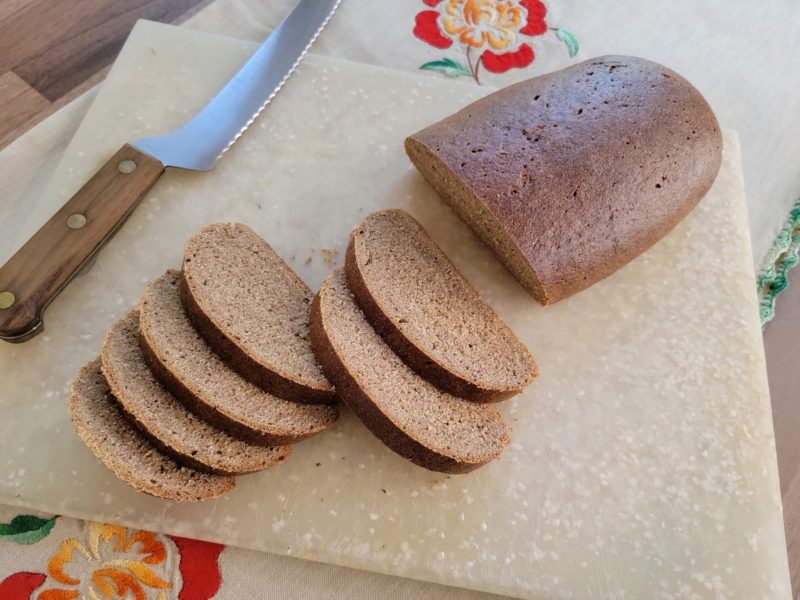 This black rye bread has a delicious sweet-and-sour flavor with citrus and licorice notes. It’s soft, chewy, and wonderfully dense — perfect to eat solo, with butter or cheese, alongside soups or as part of a delicious sandwich. The recipe is Breadtopia’s take on The Rye Baker’s Lithuanian black rye bread or “juoda ruginė duona,” using toasted sprouted rye flour instead of red rye malt.

Volume amounts below are approximations.

Crust Glaze to apply during the baking